I could have written for hours. For days. There was so much I could say and that I wanted to say but I settled for what I needed to say. I wish I could have read these words out loud myself but most of the time now I can’t even open my mouth to speak. The tears just flow. My eyes hopefully telling every one what I want to be saying when my actual words are failing. Sorrow. Torment. Love. Thank you.

One week ago today I was crawling out of bed to start our usual morning routine when everything came shattering down around us. I still don’t think it has had a chance to sink in fully but what I do know is that this is the worst pain we have ever felt. Intense love becomes intense pain and I’m not sure how we are going to move on without him creating his unique chaos throughout our lives, his infectious laughter, his mischievous grin, his love of bubbles, his tickle fingers. I’ll never eat chocolate and not think of him again. Noah’s first food and favourite was chocolate, followed closely by Dilly Bars and yogurt.

When Noah was born on April Fools Day it wasn’t long before Doctors started raising concerns about some of his features and complexities but they were stumped. It was 2 long weeks in the NICU before we were sent to Alberta Children’s Hospital for another 2 weeks where, within 36 hours, we first heard the words CHARGE Syndrome. I of course googled it and I was so confused. It was so intense. So complex. I’d never heard of it. We shed a lot of tears. We mourned a lot about his/our little life in those early days. I was sad, angry, and scared at times and we didn’t know how we were going to do ‘this.’ The one and only thing I knew for sure was that Noah was made to shock and awe the world and that we loved him with every ounce of our being. We would figure our new life out. Noah became our youngest teacher. Noah brought us into this exclusive world of CHARGE Syndrome and gave us a community and family that we originally didn’t know we needed and we certainly  thought we didn’t want. That couldn’t be further from the truth.

I never met anyone as headstrong and determined as Noah. As many of you would personally know, no one could convince Noah to do something he didn’t want to do. If he didn’t feel he was ready or didn’t want to do the task set out for him there was no way he would or he’d find a way to “cheat” and he’d usually giggle about it. So defiant. Many times he’d pretend he couldn’t do something or pretend he didn’t hear or understand but it was all a part of a giant game. Luckily one of us was usually around to bust him and tell them “yes, Noah can do that. He’s been doing it for days/months/years/etc” and he’d give his crooked grin and giggle again.

For years before Noah could communicate orally and with ASL his eyes would tell us everything we needed to know. He had the most beautiful blue eyes with lashes for days. If his eyes didn’t tell the story, his scowl would. When Noah was lacking in expressive language he was still a very effective communicator. We became fluent in the language of Noah and couldn’t wait for the days where he would tell us what is going on in that head of his and we didn’t have to speak for him. In the last year he was getting there. He began communicating and we were so excited. He’d lay in front of the tv on his back, put his crossed legs up on the tv stand and 99% of the time say and sign Paw Patrol but every so often would yell out “tra-la-la” which told us he wanted to watch “Captain Underpants.” When he got home from school he would tell me about his day. It was usually either “fun” or “colour” “dirty” which by the way meant someone turned their back for a split second while he was using markers so he had coloured his arms and usually his face as well. Colouring and painting was a favourite for him and it was a full body experience. He loved colour.

I could go on for days with stories and anecdotes about Noah as we have so many great memories. But the last 3 weeks of his life were amazing. He was so confident and strong and on the verge of another explosion I’m sure of it. But, those 10 days back in Maritimes gave us a lifetime of memories. Watching him walk up the uneven surface of my favourite place on Earth, Melmerby Beach, fighting the wind with every step is forever etched into our memory. He may at times have taken 2 steps forward and 1 step back but he kept at it and got to where he wanted to go…To his siblings playing in the sand. Looking back, it was very metaphorical of the life we shared with him and I’m so glad we stopped there that day. Beautiful.

Noah, the village you left behind is like no other. Your reach was far in your too short 6 years and 2 months. You are so loved by so many people. You opened our eyes and changed our world in an instant. We are so happy and proud that you chose our family  and always said love, will, and determination will get us where we need to go. And boy did it ever. You thrived. This was going to be “your summer”. Since last year you nailed walking on uneven surfaces and could pull yourself back up if you fell. You were able to ride a strider bike for short distances. You were confident. We watched you play tag with your siblings and neighbourhood kids last month and were never so proud and excited over a game of tag. You lived and loved your life and didn’t waste a minute. We never let CHARGE define you and you powered through and reached your goals in your own way in your own time and you always had the biggest cheering squad with your brothers, sister, Mom and Dad.  We were ready and willing to advocate and protect you from the hurt that was inevitably going to come your way from people who didn’t see how awesome you were. We will never forget the sound of your infectious laugh and mischievous sneaky fingers up to no good. The jingle of alien will forever be the sound that reminds us of you. You were the absolute best cuddler and would steal them every chance you would get. You could weasel a cuddle out of any one at any time. We will make sure to give lots of “tickle tickles” and when we are baking we will be reminded how using the old fashioned egg beater was your job and how you thought it was hilarious. You touched every part of our lives and even though you are no longer physically here you will be present in and continue to touch every aspect of our lives and we will forever miss you on every day we didn’t get.

We have learned that perfect is so different than what we once thought perfect was and, you my dear Noah, were perfect. You were just as you were made and we love you. Shock and awe little man, shock and awe. 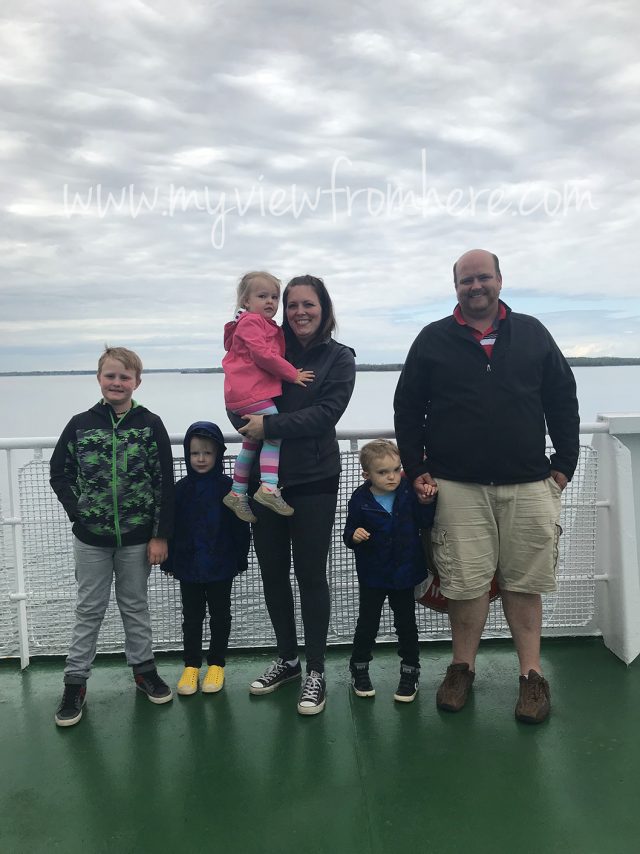